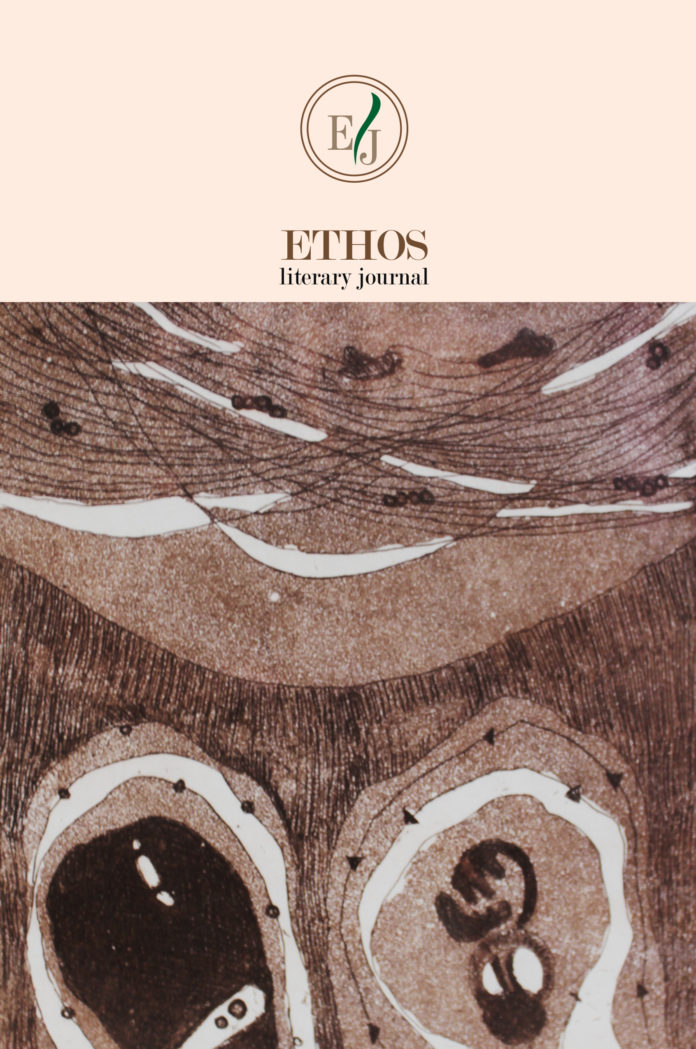 “Publishing is a small pond but it is full of Pirhanas”

Jhilam Chattaraj: Congratulations on receiving the Pushcart Prize nomination. How important are such honours in a poet’s life?

Dustin Pickering: Thank you, Jhilam! Awards can bring underrated writers to the spotlight and offer them opportunities. An award can also encourage a writer to write more—recognition gives hope that you are on the right track. Some awards can offer a new view of the world if they offer residencies in other countries. In some cases, they can pay authors in ways book sales don’t.

Jhilam: Right! We hope you win more awards in the years to come. Dustin, you have been widely published and read in America and other countries. Would be wonderful if you could share with us when and why you chose poetry as a career?

Dustin: I’m so glad you asked this question. Well, I don’t remember a specific moment when I decided this would be my life. I wrote poetry frequently over the years. In my sophomore year in high school, my English teacher, Mrs. Walls suggested that I read Sylvia Plath when I asked her for “more serious literature.” I read a lot of genre fiction, Dean Koontz, Tabitha King, Michael Crichton among others. I didn’t read much poetry until I found Plath.

After graduation, I attended college briefly and ended up on disability and ran into a gamut of troubles. In the process, I developed a reading habit. I read Henry Miller, DH Lawrence, Eugenio de Andrade, Anne Sexton, The Bible, and even some Anton Le Vey. Over the years, I have enjoyed the writings of Anthony Storr on creative people. In high school, high anxieties kept me writing. I attempted to write novels and plays. I failed and never finished. I wrote a story that shocked the school. During my senior year, due to one my coats that resembled a trenchcoat I had been wearing for months before the Columbine massacre, I was suspected to be part of the “trenchcoat mafia”—the killers at Columbine had suggested other people would imitate them. As a young boy, it was painful for me to face my own reality.  I kept myself strong by writing, reading poetry and drawing with pastels. I didn’t care. Poetry naturally became my vocation.

Jhilam: That’s awful!  It’s difficult to rub off the effects of high-school bullying. But look at you, today you are an award-winning poet and publisher, and I am sure you could enlighten us with your experiences as an independent publisher in America.

Dustin: Publishing is dangerous right now. In short, publishing is a small pond but it is full of piranhas. The independent publishing business is largely irrelevant in terms of market power. However, books will always be important culturally because important people read them and are influenced by them. The independent market is a study ground for the bigger publishers. It is not without its fair share of problems. There are people who are bullies—we’ve had problems here in the States with certain people who create blacklists and try to de-platform authors for who they associate with or what they write. Publishers often apologize for what they choose to publish. A recent example is Hesh Kestin’s book The Siege of Tel Aviv. The publisher severed their contract with him because a handful of people claimed the book was “Islamophobic.” From what I’ve read of it, it is dark humor that uses satire to mock our perceptions of the world (while revealing the world’s nature, as we have created it) and foreign relations. I believe in absolute freedom of speech—I am a classical liberal on this point. As an artiste, I will not give you safe art to cater to your emotional insecurities. We have to live with one another and to do that we must try not to judge.

Jhilam: Absolutely! Any kind of cultural prejudice could ruin a good work of art and on that note I have observed your collaborations with poets across cultures. Your imprint (Transcendent Zero Press) has launched many South Asian/ Diaspora writers. How do you connect to this process?

Dustin: I am glad to be involved with the South Asian literary circles. South Asian writers are more attuned to poetry traditions. Americans now want to break completely from tradition and erase history. The writers I have met in India, online and in life, are exceptionally promising. It is true white men have dominated the poetry canon, but that really will change soon. Writers in India are doing fantastic things that American writers won’t even try. Usha Akella’s The Rosary of Latitudes (2015) is an example of mixing prose, poetry, travel narrative, and personal reflection—something that simply hasn’t been done before. I am proud to be the publisher of this volume which I hope will see a large readership. 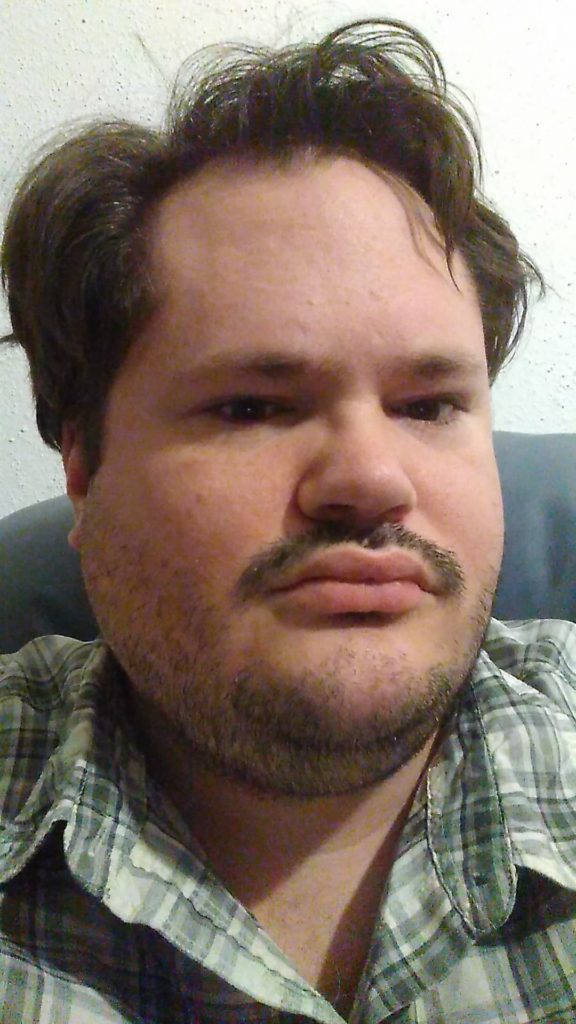 This thing about India being avant garde is not my opinion—I know many others who have voiced the same. Other editors and intellectuals such as Viva Padilla and Troy Camplin have noted this. Poets from India don’t revile Wordsworth—they love and honour him. I don’t find that much in America.

Jhilam: Your poetry collection Salt and Sorrow (2016) was published by Chitrangi, an Indian based independent publishing house. I have found a poignant echo of the Romantics and Eastern religion peppered with a monkish and child-like curiosity. You made me curious to learn about your idea of religion/spirituality.

Dustin: I am heavily influenced by Void philosophies, for instance Jakob Boehme. I also adapt my spiritual sense to scientific advancement—I read a lot on quantum physics. I am an admirer of Max Planck for many reasons and also love Newton. I consider myself a radical determinist. I read evolutionary biology as well. I learned from Buddhism the concept of essential nothingness. I conceive of God as nothingness. I believe the physical world is inhabited by innate laws we don’t entirely understand but the project of science is to uncover them and learn to implement them. From The Bible and Heraclitus, I learned the concept of the Word. The Word is a paradoxical thing. It is both presence and absence because it signifies a thing, but is not the thing itself. Our immediate material world is dynamic and creates patterns from random fluctuations in energy. It is the mind of God that develops, nurtures, and evolves this process. For instance, in the poem “Motion,” I write: “Energy creates mass in motion. / Seas surge with the proxy of time— / and I look westward for value, / look to the East for stars of genuine heart.”

Salt and Sorrow was my poetic attempt to humanize the teachings of Scriptures—that is, to unite tradition with the contemporary world that rejects the concept of salvation. I suggest that the stories of The Bible have human relevance because they deal with universal emotions and problems. Although I am ultimately revolutionary in thought, I believe tradition should be respected and honored because at some point it was new and fresh. All philosophy is a stab in the dark—we know almost nothing. I take certain Biblical figures and mould them into archetypes to represent the overall human struggle. I suggest God exists for us, not us for him or her or it.

Jhilam: You express in a style that is both clear and mysterious. Poets are often divided on the use of language in poetry that is to be clear or purposefully mystify the art of interpretation. What is your take?

Dustin: I leave enough ambiguity for interpretation. I believe poetry should be direct, sensual, and captivate the reader’s imagination. That is hard to do. I try to write obscure things but give clues as to what I am suggesting so people can stay on the familiar path. My poet friend henry 7. reneau, jr. has boiled poetry down to mathematics. He has worked on this aesthetic for several years with success. He believes there is a science to poetry and I agree with him.

Jhilam: On a lighter note, your scientific precision is laced with intense passion, especially when it comes to your poems on romantic relationships; often they delve into the idea of carnal love. Could you elaborate?

Dustin: I adore women and try to nurture them in any way I can. As a publisher, I think I’ve published more women than men by far. I’ve been in love many times, and only recently did one of those loves come around. I have helped her for years in more than one way. She is locked up in a Texas prison right now for something that wasn’t her fault. However, when I write of sex, love, beauty, etc, I merely let the language open my heart to the possibility it affirms. Language has been my love affair. As I write in “Last Sigh”: “I am left with my heart’s upward yearning. Such salt is worthless without bitterness.”

Jhilam: I continue the question to learn about your take on the idea that men and women write differently.

Dustin: Men and women are definitely different in many respects. Writing style should differ from each writer in my opinion. I see more heart and earthiness in women’s poetry. More sensuality and texture. In men’s poetry, I see more sense of place and time, a feeling of activity. Men write on politics. They are public thinking. Women seem to care less about politics and more about the people politics affects. I’m biased though—I tend to think women are more creative, nurturing, patient, and inventive with words.

Jhilam: Wonderful! Hope you publish more women writers. So let me ask you, as an editor, what do you look for while accepting a poem for publication?

Jhilam: I am further curious to know; at what point do you feel satisfied with a particular poem and stop working on it?  Could you tell us about how you write a poem? Do you have any “gift poem,” a poem that has written itself or found life without much editing?

Dustin: Honestly, I edit very little these days. The idea for a poem is already concentrated deeply in my mind as I write it. I may strike out words and phrases that are over the top or not in sync with the poem. If a poem fails, it fails. I don’t try to resuscitate it. Free verse comes easily for me. I write stream-of-consciousness style with an initial idea in mind. Billy Collins refers to the process of discovery in a poem. You start with an idea and “discover” a new one as you write.

I recently came across a poetics, I call it “The Broken Poem.” I invented this by accident. I guess that would be the gift—it just came to me as I wrote. The idea is to use syntax to convey several interlocking ideas that create a vortex in which paradox reigns.

Jhilam:  Wish you best with your experiments and I would like to conclude our conversation with the final question on your current works.

Dustin: I have several small collections I have put together. I am working slowly on a novel, called Dominus Vobiscum, about a battle between two versions of Satan—Dante’s in The Inferno and Milton’s in Paradise Lost. They fight over a city. The symbolism promises to be complex. It’s both a political novel dealing with libertarian thought as well as literary criticism. I also want to pose a fresh view of how the human and divine mingle.