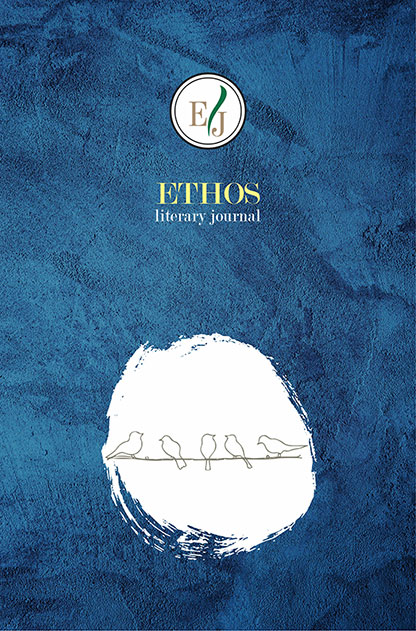 On every birthday, Mirza’s mother gave him a four-anna coin. As a kid, he never found it odd. However, on growing up, the practice intrigued him. First, he could not understand how she managed to get a four-anna coin each year, which went out of circulation a long time ago. Secondly, and more importantly so, four annas must have meant a lot to her, otherwise its monetary value was not worthy of a gift. He asked her on many occasions, but she only smiled back. Mirza remained contented with her smile, considering it worthier than an answer.

After Mirza’s mother passed away, a series of rituals occupied him. He did not find enough time to mourn. Mirza had not even had a chance to look through her belongings–a humble suitcase, nothing else. Then his birthday arrived, feeling the pangs of his mother’s absence, he took out the suitcase. It opened in a flood, its plopping sound made Mirza remember his first train journey with his mother. He was seeing an open, uncovered railway platform, with a dark, black rail engine chugging and whistling past it. A diaphanous film of smoke covered the rail’s engine, as if it clothed itself in a fluttering, see-through black dupatta. The smoke-filled air, as solid as the rail’s engine, painted his memory like a deft artist colors a white sheet with charcoal. And, in this bedlam, he remembered his mother opening the suitcase, the plopping sound rising as a music from the noise of time, muting everything else.

For the first time Mirza realized his mother is now no more. He began to sob. Some weight shifted in his chest, making him lighter and coherent in his own world. He felt like growing up from a protected kid to an orphan adult in that brief moment, as long as the plopping lasted, as if the suitcase carried not his mother’s belongings, but his actual adult self. He gathered the stuffs and began arranging them in the closet, making a museum to her and his own childhood. There he caught hold of a clinking, rectangular, rusted tin box. The clinking sound knocked on his heart, making him curious and sure at the same time about the box’s content. Opening the box, he found many four-anna coins inside. He did not care to count them, for he knew, mother must not have counted them. The box smelt of his’ mother’s fragrance, as if after leaving this world, she had been living in this box all along, and knocked from inside to get attention of her son. The box also had a letter. It was written on one of his birthdays. Perhaps moved by Mirza’s insistence for answers, she had penned it.

You were perhaps three or four years old. Your father was away in some city, looking for a job. We lived in the village then. Living there, however, had become increasingly difficult. Crops had failed. We survived on kindness. The postman, who occasionally passed through the village, ringing his bicycle’s bell, had brought no news of your father. No news was bad news, for good news carried money-orders and letters. But your father once wrote a letter that carried no money-order with it. The postman had called him shameless to do so. I, however, said the letter without money was most precious to me.

“He is looking for a job and has reached out to me sharing his failures. That’s what letters are written for, and not as a note to accompany some money-orders”—I had said to the postman, salvaging my husband’s pride. Unable to understand, the postman said he knew many who had gone to cities for jobs but ended up tilling Thakur’s fields in their very own village.

“He is educated”—I had objected.

“Perhaps that’s why he is finding it hard”—the postman had laughed and left. I had to smile at the postman’s words, though they were full of malice. It was not wise to antagonize him, after all he was the one who would bring money-orders to our doors. However, in my heart the torment lingered, until it melted into a reservoir of sadness there.

No sooner had the postman left the door, the clinking of his bicycle’s bell still hovering in the air, there strayed into the village a seller of plastic toys; cheap glittering necklace, rings, bangles and animal shaped balloons. He rode a mud smeared, rusted bicycle, which had all his wares hung around itself. He had carefully tied colorful ribbons all over the bicycle. A handful of these ribbons were left untied at one of their ends. This, along with the dangling balloons, created an impression of a large colorful fish, with a long swinging moustache, swimming through the air. If this was not enough, the seller had a bell to attract children.

The village was small and the word got around. You, like most other children, gathered around the seller. Knowing that I would not be able to fulfill your demands, I hid behind the door and watched you from a distance. Tears also welled up.

Some children came with their parents. These were the ones he allowed to touch the toys, whisking away the others who tried to get too close. I cringed when he shoved you. I could not bear watching you from a distance, seeing you merely being used by someone as a prop to gain visibility, by making a crowd out of you. No mother would be able to bear the nine months, if she ever comes to know this tragic fate awaits her kid, that her kid is no longer an individual, no longer possessing the traits she passed on, no longer displaying the etiquettes she taught him, but merely a part of crowd, faceless and unrecognizable. Helpless, I closed the door behind me and sat there motionless. I did not move in what felt like hours. My mind drifted off to Karbala. I found myself humming a marsiya, putting into tune the suffering of Rubab, and dissolving my own within it. I knew that I would overcome the pain, if only I could imagine the suffering of Rubab who lost her six-month old baby, Ali, when an arrow pierced his parched throat.While everyone was deciding who would get what, your cousins with their parents also gathered there. I could hear their voices. I had some hope, maybe they would buy you something.

I began looking from the cracks in the door. You were looking at your cousins with the balloons in their hands. Your uncles bargained with the seller to give you a balloon for free, saying that they had already bought five from him. The seller however was unmoved. Your uncles convinced that they had fulfilled their duty of kinship, began returning to their homes.I thought of coming out, but our conditions then were such that my presence would have implied an obligation for your uncles. I felt they were always happier when we were not involved.

Around then you snatched the balloon from Azad’s hand, and burst it in the ensuing scuffle. Your uncle was enraged and slapped you in the rage. I could not bear the sight any more and rushed to you. I almost cried, but something inside prevented me. I tried hard to toughen up my face while the pain shipwrecked inside me. When it became unbearable, I thrashed you, muttering gibberish. To appear proud, I asked your uncle, in a breathless voice, the price of the balloon. I was hoping that he would say not to worry about it. But he had replied four annas.

Mirza felt as if someone had stamped his soul with a searing four-anna coin. It carried with itself guilt, shame, anger and humiliation, as an infection to the wound. How much four annas had meant to his mother, he realized. How little his wealth now would add up to that four annas, he reflected.

Mirza read the letter more than once. The first time he felt something stir inside him. The following readings brought some understanding to him. How seemingly small events sit inside the void within us, he wondered. He took out few coins from the box in his hand, as one takes a handful of water from a river. He tried to feel the weight of the coins, by moving his hand slightly up and down, as a measure to weigh something inexpressible, unseen. Perhaps he found them lighter. He rose immediately and vanished out of the room. He appeared few minutes later, holding another box in his hand. He opened the box and poured its content into his mother’s box. The four-anna coins fell in a rush, making a dull, sonorous sound, as if someone was speaking Spanish. These were the coins he had received from his mother so far, keeping each of them, safely. He once again felt the box in his palm, to feel the weight. Though it increased, but he was still unsatisfied, as if he wished something else to happen out of this act, as if the weight would help him unravel the mystery of life and death, that he may be able to hold his mother again in his hand. He felt the heaviness inside, as if the coins had filled his heart. He shut the box and the closet and rose sluggishly from there, only to walk with a gait that looked as if he was carrying some invisible weight within himself. At this moment, after roughly a month had passed, he felt his mother’s absence. He realized that the absence is such a vast house that one can actually fly a kite in its air, it is so transparent that one can actually walk through its wall. Unable to cope up with the sudden vastness of his modest house, caused by the feeling of his mother’s absence, he went outside, into the street. The clinking sound of bicycles poured into his ears, and brought a smile on his face. He began walking toward the sound. 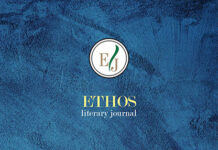