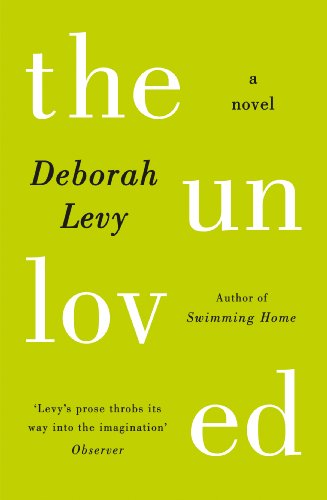 Deborah Levy’s prose has always been form over content. I say this not as a critical evaluation, but with a purely informative intent, as you will see if you go through her works. As she herself says in her autobiographical works, form itself has the potential to become content—the perceptive reader can elicit from an action-less setting meaning that is much profound and revealing than a conversation. Of course, the success of the technique depends on the flair of the writer. The specific work we are dealing with, The Unloved, demands a specialized apparatus to get the story told, because it is a postcolonial world and one cannot just write about a murder mystery set in a snug English countryside.

Levy fashions her fascination for Christie into a conscious retelling of a concept but with acknowledgement of the gory past of the colonizers. You might be tempted to ask, what is the novel all about? The question is not unprecedented at this point, but the answer is not objective. The novel, at once, as a murder mystery, a story of infidelity, of mortality, of bloody revolutions, of prostitution juxtaposed with love (textbook love), of the telling imagination of an unloved child, among other themes. Oh, at this point, it is worth mentioning that the reader can actually make a list of the characters in the book that are categorized into “the loved” and “the unloved.”  Since the book does not spell it out (as any good book should not), it could be a good motivation for the reader who is new to Levy’s narrative structure to finish the book for the sake of making that list. Jokes aside, the unloved are the outcasts—be it political or domestic. The outcasts are represented by deformed babies returned to foster care (followed by the expectancy to better it through pregnancy), babies whose parenthood is questionable (phew, avoided a spoiler here), women who are either tools for a revolution or prostitutes. It is interesting to note that the class of the women does not matter here because for the writer gender is a class in itself, and this concept nicely pans out throughout the course of the novel, although that is not the only theme. The emphasize gender as the central problematic area, a subtext in the novel has the wife and a mistress of a man named the same.

The fascinating part of the story is that levy has it all sorted out somewhere, one has to be really clear about what one wants to be able to handle such a complex narrative. The funny part is that you can identify the ethnic origin of every character from their names but their personal and political crisis is not evident; and this is what Levy encashes to tell the story of what seems like the metaphorical murder of the Englishwoman—the representative of the colonizer. The murder takes place in a favourite Christie setting—during fun and games in a family dinner. So, is a revolution a dangerously funny game if not guided by solid political ideology? Certainly so.

One must know exactly what one is subverting and why. One can easily gauge this as the very first outset of the novel is bound to remind you of And Then There Were None by Agatha Christie, if you are a reader of crime fiction, or even if you are not. The typical setting of a bourgeois dream of being invited to an island is present in this novel—but Levy has made a bigger issue of the colonization here rather than the class (which was the major look out for Christie). It is through the glass of colonization that Levy has examined class, which makes it an interesting read. Years of history come together—the Algerian civil war is the only hope for a doomed country to save itself from the perils of neoliberalism, but the bleak future readily pans out before us because the motives are not guided by political ideology but by religious fundamentalism. The novel, therefore, is not one that gibes you hope or despair, but a panoramic view of both—the first through the genius of pristine imagination and the latter through the lost political rudder. 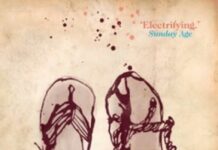 The father, brother and the Holy Ghost

The father, brother and the Holy Ghost