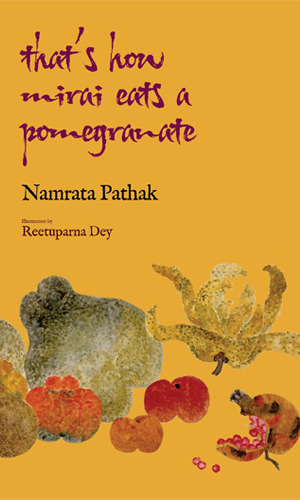 Namrata Pathak’s book of poems, that’s how Mirai eats a pomegranate, although has myriad patterns, raises itself in a kind of impasto, that has the jump scare effect by a behemoth. Sometimes, this figure is invoked with an uncanny sense of evocation– “Mirai takes a knife,/slays open a hemisphere/of wanton wastes./Worms./A hive./A non-fruit.” The invocation here is a kind of flirting with the mouth of the Pyrenees, with a rock acting as a stopcock, which makes us dig our nails into our skin in apprehension. One is held in a kind of disbelief, that is more of a quality cherished in thrillers and its likes, rarely so in poetry. If one would ask for an example, the first one that comes to mind is Rosemary’s Baby. Pathak gains depth with her portrayal of the all-consuming revolution — “In Paltan Bazar, our moments/scream revolution right and left;/your mammoth mouth/that could not even linger on my body/for a millisecond/ate up my sky whole.”

Also, what is delightful is that Pathak presents, in bits and chunks, the legacy that she carries from the 1930s feminism, about which Naomi Wolf explicates in her much-acclaimed book Vagina. The raw sensuousness, that again rises up, like a druid, objectifies with confidence, riding on the bawdy, taking the fetters off the creative abilities of the feminine. In the colour of non-grim hills, she writes– “Our next door neighbour is an amateur cook./He has manuals of culinary delight./His flavour-smeared hands, pock-marked,/you are exactly that colour”.

Pathak’s poems vary in range and mood, painted with utmost delicacy silences and deaths that have embossed themselves on the very consciousness that the book is. If we take into consideration the comic but grave condition of the north-eastern states of India, where men cannot drink their spirits until they brew it themselves, we would not forget how the women there have always prevented the sale of commercial alcohol. We would also not easily forget that an awful lot of people die each year from the locally “cooked” stuff. Namrata Pathak has proved the worth of her allegiance that she shares with these states, owing to her profession, and have evoked much through poems like Shillong, where she has written: “In Kong’s shack,/death/boils/a song/in a starched corner.” The short poem magically strums up a scenario with its little tin drum that etches visible scratches on many a reader’s calm of mind, that is so visible that it requires the urgent intervention of a glazier.

To wrap up, the poems in this collection are so evocative that speaking much about them would ruin their flavour–and if you can sit through poems, you are up for an experience here. The excellent production of the book certainly helps the cause, and Rituparna Dey’s illustrations are a treat to the eyes. 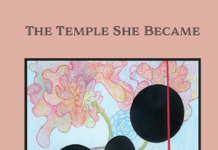 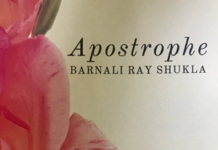 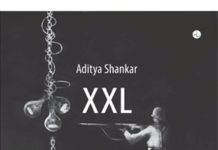